Shenzhen is known as the “Silicon Valley of the East”, with many innovative start-ups and technology companies choosing to have their headquarters here. This innovative culture extends into the school market, with a number of unique new schools opening there in the last few years. This tour will provide an opportunity to visit some of these new schools as well as an established one, and learn about their purpose built campuses.

Important Note: Shenzhen is located in Mainland China, and participants must make their own arrangements to apply for a Chinese Tourist visa if required. Whittle School and Studios is an educational organisation founded by Chris Whittle, that opened its first two campuses in August 2019, in Washington DC and Shenzhen respectively. Whittle plans to expand rapidly to a system of 36 major campuses in many of the world’s leading cities, on every continent except Africa and Antarctica.

Among the building’s distinctive features is an active glass façade, which is animated by screens that move throughout the day in response to the position of the sun. This maximizes the natural light in our classrooms while also regulating glare. The campus is also home to their most expansive Workshop Floor—over 50,000 square feet! Whether a student’s project is 2- or 3-D, physical or digital, the Workshop Floor’s state-of-the-art facilities set the stage to see an idea through from concept to reality. Shekou International School was founded with the aim of providing a rigorous education in a caring community, and to help their students prepare for a changing & exciting future. SIS is one of only two schools in the Greater China region to be designated an Apple Distinguished School for its internationally recognized program of learning innovation.

SIS is also home to the LEVEL 5 China – a space that provides educators, students and the wider community with a platform to unleash their creativity, and explore contemporary learning practices including: Avenues: The World School is an international system of private schools for pre-K-12th grades. The first campus opened in September 2012 in New York City in the neighborhood of Chelsea, followed closely by the Sao Paolo and Shenzhen campuses in 2018 and 2019 respectively. Avenues plans to open 20 or more campuses in other cities around the world over the next decade. The system is planned to be an integrated “learning community” with a shared vision, curriculum, technology, professional development of faculty and oversight by a centralized headquarters. 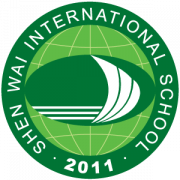 Shen Wai International School (SWIS) was founded in 2012 to serve children of the expatriate community who work in the Greater Bay Area. The school aims to provide distinctive high quality education to students by employing talented expat teachers and introducing the International Baccalaureate curriculum, teaching models and management patterns. Teachers are recruited from diverse backgrounds and form a highly skilled, hardworking team who keep the learning and well-being of their students as the primary focus. Education provided by the school covers Pre-Kindergarten to Grade 12. The teaching takes place in small class groups by certified expat international school teachers with international teaching experience. 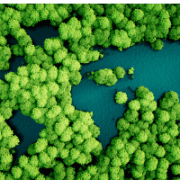 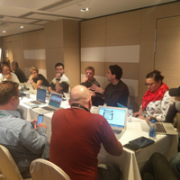